Dr. Joseph G. Jabbra
President of Lebanese American University
and
The New York Office of LAU
Would be honored by your presence at
LAU’s Second Annual Gala
Presenting the Sarah Awards for Excellence to:
Dr. Suad Juffali and Dr. Ray Irani 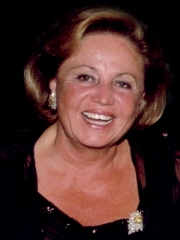 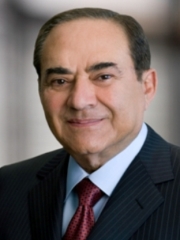 Friday, 15 April 2011
The Pierre - Fifth Avenue at 61st St.
New York City
Cocktail Reception 6:30 PM - Dinner 8:00 PM
Music for Dinner and Dancing by the Alex Donner Orchestra
Please RSVP no later than 11 April 2011
Black Tie Invited
If you are interested in attending or wish to support the gala please click here to view and return the reply card, or call us at (212) 870-2592.
The Sarah Award for Excellence was created by LAU in recognition of Sarah Lanman Huntington Smith. Find out more about her role in the founding of LAU below:

Sarah was a member of Second Congregational Church, when in 1827 she began a mission to the Mohegan Indians. By converting some to Christianity and starting the Mohegan Congregational Church, and the Mohegan School, she saved the Tribe from being removed from their tribal lands and moved west of the Mississippi by the federal government because they were “uncivilized and unchristian.”
On July 21, 1833, Sarah married the Rev. Eli Smith. They sailed from Boston on September 21,
landing in “Beyroot, Syria,” (Beirut, Lebanon), on January 28, 1834. There, as an “assistant missionary,” she resolved to “enlighten the benighted females of Syria” and in 1834 founded, the first school for girls in the Turkish Empire, serving as its first teacher until illness forced her to leave Beirut on June 11, 1836.
Following a shipwreck, Sarah, with Eli, completed an arduous and debilitating voyage to Smyrna (Izmir, Turkey) where she died of consumption on September 30, 1836 at age 34. She was buried in Boojah, Turkey. Her bestselling Memoir inspired scores of American females to become missionaries.
Mrs. Smith’s “Beyroot Female School,” the precursor of Lebanese American University, introduced American education to females in the Middle East, thus initiating the liberation of girls and women in that region.
Share
Share