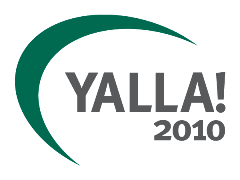 Doing ten events in two countries and covering 16,000km in 16 days may sounds crazy but that’s exactly what members of the Advancement team pulled off last fall with Yalla! 2010.
Vice President for University Advancement Mr. Richard Rumsey and Director of Alumni and Special Projects in North America Mr. Edward Shiner attended LAU alumni-sponsored events in ten cities across the United States and Canada in just over a two-week period last November. President Jabbra and Alumni Relations Director Mr. Abdallah Al Khal joined some of the events along the way as well.
The goal of Yalla! was to invigorate the university’s alumni, create awareness of LAU in North America, and help kick off a fundraising campaign to rally support around student scholarships.
“We had a genuine opportunity to connect with hundreds of alumni and friends of LAU from all over North America, and truly understand and respect what a global institution we are,” Rumsey says. “That really was our main goal for Yalla! 2010 and by every measure it turned out to be an overwhelming success.”
Conceived by members of LAU’s New York office, in conjunction with the university’s alumni chapters throughout North America, Yalla! 2010 was promoted with photos, alumni profiles, articles and announcements using the university’s various social media outlets including Facebook, Twitter, YouTube and Flickr. 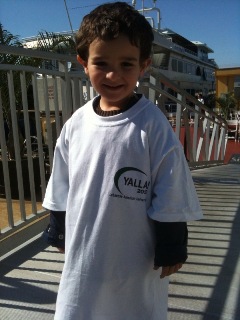 During the two weeks, thousands of people also visited Yalla! 2010’s dedicated blog where they could view photos and watch videos of the events as they happened as well as read blog posts about the journey.
Yalla! 2010 was such a galvanizing event that it stimulated New York-based LAU alum Khalil Kanaan to provide a generous $10,000 gift that he has called a “challenge grant” to help encourage other alumni of the university to support scholarship programs.
“Khalil Kanaan’s generous gift helped us make Yalla! 2010 into something more than simply a collection of events, and that’s exactly what we were hoping for when we conceived of this idea.” Rumsey said.
Kanaan says he was impressed with the Yalla! campaign and wants to continue its momentum while investing in education. He adds: “It is something that I truly believe in and I hope others will join me.”
Yalla! won’t be a one-time event either as plans are already underway for Yalla! 2011 in North American this fall which LAU officials expected will cover even more ground, organize more people and raise more awareness and support for the university around the world. The university also hopes to expand Yalla! into a global event in the coming years.