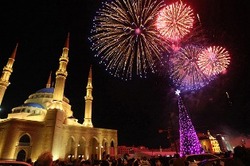 It’s the beginning of another year, and like every year at the beginning of January, I’m wondering where the time has gone. I can’t believe it’s already 2012! But like most people this time of year I’m thinking about the year that just passed and making resolutions for the new year. Last year I had personally resolved to visit ten new countries. It was an ambitious goal but, since I travel a lot, I had a plan to make it happen. Unfortunately I fell a bit short of my goal—I only made it to eight new countries in 2011—because some personal scheduling issues thwarted my plans. I’m not too concerned. Things happen. I made a solid attempt and didn’t quite get there.

I strongly believe in setting goals, both personally and professionally. But to me goals aren’t meant to be pulled out of thin air. Goals should make sense, they should challenge you but still be attainable, and you should have a plan for how to reach them.

Last year, our university was fortunate enough to exceed our goal of raising $65 million for the Legacy and the Promise campaign—and we even achieved it a year early! But it’s important to recognize that life can sometimes get in the way when we’re trying to achieve our goals, and that’s just something that we need to live with and adjust to. That doesn’t mean that we should set easily attainable goals, or that we should give up on goal-setting altogether. Planning and reaching for goals are just too important not to do.
If you don’t know where you’re going any road can get you there. That’s an adage that I often think about and live by. Setting goals can provide us with a roadmap for success. So I wish you all the very best for the new year, and I hope that each one of your achieve your goals for 2012!
Best wishes,