For a growing university on the move like LAU, opportunities inevitably arise for new alumni chapters to spring up all across the globe. For example, the Alumni Relations team is currently in the beginning stages of developing a new chapter in Ghana—what will become the first LAU alumni chapter in Africa. And there has been continuous expansion across the Middle East and into Europe. And with the continued growth and strength of the university, new opportunities will undoubtedly develop in the years ahead. Recently two new alumni chapters in the western part of the United States—Seattle and Houston—were born and we take a closer look at their profile. 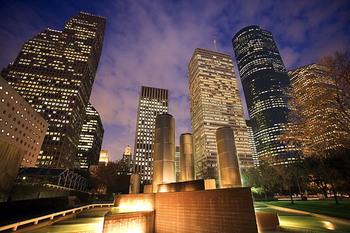 Seattle, Washington is about as far away from Lebanon as anyone could possibly get—and its weather pales in comparison to the sunshine of the Levant—but opportunity has knocked for a number of LAU alumni. Many recent LAU grads have found themselves in or near Seattle working for Microsoft or Boeing, two of the major, global corporations that are headquartered nearby. With the assistance of New York-based Director of Alumni Relations and Special Projects Ed Shiner, a group of alumni held its first meeting in November of last year. The group reconvened again for a Yalla! 2011 event later in the month and things moved quickly from there. Last December the Seattle alumni elected the officers of their chapter with Georges El Khoury, a 2005 computer engineering graduate, as president. El Khoury was actually a transplant from Florida who, after some persuasion from Shiner, helped spearhead the new chapter. 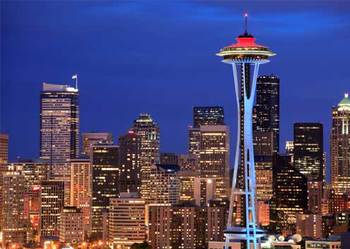 Houston, Texas has long been known as a destination for the Lebanese and LAU has always maintained a somewhat informal chapter there. It was the work of LAU grad Dania Awad, a 1980 communication arts graduate, and LAU Trustee Eva Farha who helped get the organization off the ground. Shiner had met Awad at LAU’s 2011 homecoming event in Beirut and, after finding out that she had recently moved to Houston, convinced her to take the bull by the horns and get the chapter started. Meanwhile Farha proved invaluable in connecting Awad with fellow LAU alumni in eastern Texas, as well as members of the greater Lebanese community there. Last month the chapter held elections and Awad become president. They are planning a Valentine’s Day event and raffle so stay tuned!