As part of LAU’s plan for growth, the Alumni Relations Office has been spearheading an effort to spread its alumni network, by supporting chapters in new cities as well as chapters representing students from specific schools. 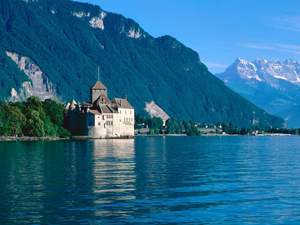 LAU’s alumni network spread further into Europe this year, with the first meeting for a chapter in Geneva taking place in March. The first meeting included an LAU trustee, Taline Avakian, as host. By May, a newly-established Geneva chapter will have a committee in place to direct its efforts, boosting the count of LAU alumni chapters worldwide to 32. After the work to build a chapter in Geneva, the Alumni Relations Office is laying the groundwork for a new LAU chapter in Paris, in addition to efforts to start alumni chapters in Africa, Australia and Cyprus, as well as potentially new chapters in Seattle and Chicago in the United States.
Closer to campus, the South Lebanon chapter held successful elections in February, with alumni choosing 15 peers to manage the chapter through its committee. This chapter is also new, with its first reception taking place in May of 2010; over 50 alumni and friends took part, showing a high level of support for LAU in the south of Lebanon.
Dr. Jabbra meets South Lebanon alumni members at election reception
Today, LAU alumni chapters represent students by geography as well as by school, with a chapter for BCW students and students of the School of Pharmacy. Efforts are being make to encourage each chapter to do more than just keep their members connected to their alma mater and current LAU officers. Abdallah Al Khal, the director of the Alumni Relations Office in Beirut, explained that alumni chapters “have been playing the role of assisting new graduates find jobs and lodging when moving to their cities.”