A journalist and international relations expert who has traveled the world 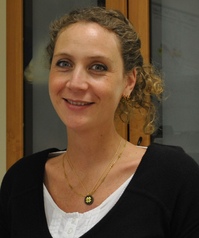 Linda Dahdah Douaihy joined the MarCom team recently as a senior writer and content developer for the university’s various print and online publications. For the two years prior, she was program coordinator at the Basil Fuleihan Institute of Finance, a public autonomous institution, involved in civil agents’ capacity building.

Linda began her career in 2003 as a journalist for the Daily Star, Lebanon’s only English-language newspaper, and later worked as a program officer for the International Relations and Exchanges Board (IREX), focusing on media development in the Arab World, with a special focus on Yemen, Morocco and the Gulf countries. She has also done freelance work for several news networks and think tanks in recent years.

Linda holds a Masters in International Relations and Diplomacy from the French Institut Libre des Etudes de Relations Internationales (ILERI) in Paris. Here hunger for new experiences brought her to work at the Section of French Interests in Baghdad in 1998, and later to China from 2007-2008.