A seasoned professional with a taste for fine music 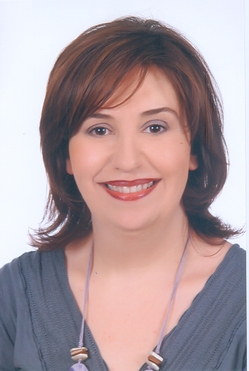 The Beirut development office recently welcomed Grace Aoun-Noujaim to the team, as an executive assistant. Grace joins the LAU family with an eclectic professional history, with knowledge in fashion, store management, customer service and financial aid issues during her career in the United States and Lebanon.

Her professional career began in 1994 at the Lebanese National Superior Conservatory of Music, where she archived the conservatory’s music collection, helped students and eventually managed public relations for the organization. Grace then studied in the US, earning honors and a spot on the Dean’s List at the University of Massachusetts while working towards a Bachelor’s degree in political science. In addition, Grace earned a Bachelor’s degree in arts information and documentation at the Lebanese University in 1992.

Grace also managed customer service operations at Fidelity Investments, and also worked in other well-known American companies, like the retailer Marshalls, before managing a retail store in Achrafieh and helped customers in other settings.
Her last position before joining LAU was helping students who needed financial aid information.

Throughout her career, Grace has benefited from her knowledge of several languages. In addition to fluency in Arabic, French and English, she also has a working knowledge in Spanish.

Her professional and personal interests coincide; outside the office, Grace maintains an interest in classical music, opera and theater.