LAU’s Alumni Relations Office has been growing by offering alumni around the world new ways to communicate for employment opportunities and for reminiscing. The alumni team also helped start the first national gathering in the United States in 2009. But nothing says growth like new chapters for the LAU family. 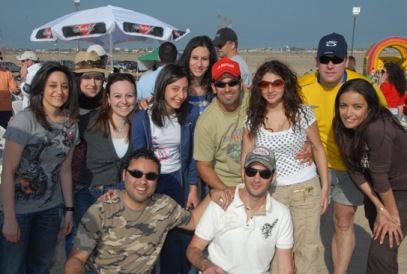 LAU already has 29 chapters with alumni supporting the institution, but the Alumni Relations Office is planning to launch another ten around the world in 2010. That way, alumni from the schools of business, arts and sciences and architecture and design will have a new way to connect. LAU will also participate in opening new chapters in the U.S., France and Egypt in the New Year.

The 29 chapters already operating worldwide are also preparing for a new round of elections in 2010. Candidates for positions in each chapter are submitting their profiles online, using LAU’s NetCommunity service for alumni worldwide. Though LAU’s Alumni Relations Office interacts with alumni chapters everywhere, each chapter will also be in charge of its own election process. “Fortunately, every year new alumni volunteer to serve our chapters even though time is becoming a very rare commodity,” said Abdallah Al Khal, the director of the Alumni Relations Office in Beirut. Their efforts are paying off with more and more of their friends and colleagues attending alumni events and class reunions. In 2009, over 3,000 attended receptions, networking events, galas and dinners in Lebanon, and thousands more attended chapter events around the world.

LAU is also intent on offering more for alumni who join their school or hometown chapters. The Alumni Relations Office is already working with a leading health and life insurance provider to offer coverage to alumni around in Lebanon. Once the project is complete, it will be the first such service for an alumni association in Lebanon, making LAU a pioneer in offering meaningful services to its extended family.