As an American university abroad, LAU relies on its New York-based development team to spread the word about the university to the North American audience. The team is responsible for cultivating the university’s message to a wide audience and helping build links with LAU’s alumni, donors, organizations and government agencies.

The assistant vice president for development in the U.S., Robert Hollback, came to LAU in late 2007 with years of experience in the field of development particularly in the Middle East. Robert has spent years working with institutions of higher education, spending time in Europe and at the American University in Cairo during his career. With his team, he has enhanced LAU’s existing links to North American donors while making the effort to develop and contact a new list of notable potential friends to the university.

As part of this greater effort, the U.S. office also relies on development officers who focus on specific parts of the university’s development strategy. Susan Cergol, the office’s associate director of development, manages the university’s relationships with corporations and foundations. Susan joined LAU after working with Sultan Center, a major shopping company in Kuwait; in the process, she gained knowledge and interest in the traditions and concerns of the Arabic world. In addition to working with organizations, Susan also focuses a great deal of attention on LAU’s Institute for Women’s Studies in the Arab World, and works closely with its director, Dima Dabbous-Sensenig. 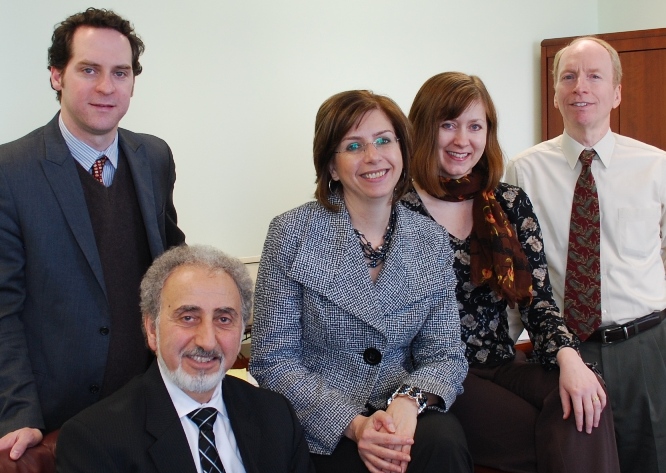 Paula Place, who joined the team last year, is managing the office’s annual fund. Annual appeals to individuals have been an important way to reach out to thousands of individuals. In addition to working on the annual fund, Paula is also working with the team on ways to use new media to appeal to friends and potential donors, keeping LAU at the cutting edge of technology and development. Paula came to LAU from The Music Hall in Portsmouth, New Hampshire.

In addition to working with alumni to build their chapter organizations, Ed Shiner, who organizes alumni and handles special events in North America, is also an important part of the development effort. With his experience holding events and working the crowd, Ed is an important part of the effort to identify new and existing donors for new initiatives, while managing the university’s roster of special events in the U.S. In addition to working on alumni chapter events, Ed is also an integral part of the office’s first gala, which is being held this April.

Greg Houle works at getting LAU’s message out to both internal and external constituencies. His role is to manage relationships with the English-language media to handle communications efforts for the entire Advancement division. Greg previously worked as a publicist in the book publishing industry.